Busy couple of days for Search and Rescue

Tuesday evening’s business meeting was interrupted by a call from the Emergency Co-ordination Center in Victoria, informing Campbell River Search and Rescue (CRSAR) of a SPOT beacon distress call on the shore of Burman Lake, near the Golden Hinde in the very center of Strathcona Provincial Park. That triggered a flurry of phone calls to the RCMP, helicopter companies, and the emergency contacts registered with the SPOT beacon. Search managers had a bit of a conundrum. The little remaining daylight did not allow helicopter access to the location that evening, and hiking through the night would not bring teams close enough before daylight. A plan was formed to fly in a team at first light, backed up by a ground team that would drive rescue equipment to a closer pick-up point.

However, the mystery remained: what would have caused the person to send the S.O.S. signal from their satellite device? The subject (as the rescuee is known in the business) was a fit, experienced 36 year-old from Victoria, making his way from the Elk River trail, at Highway 28, through to Bedwell Lake, south of the Myra Falls mine. It was known that he had already established camp for the day. Was this a life-threatening case requiring an immediate evacuation? After some consultation, the request was put to the Joint Rescue Co-ordination Center (JRCC) in Victoria, the federal resource that dispatches the Coast Guard and the SAR Techs from 442 Squadron, Comox.

442 technicians in the Cormorant helicopter, with night flight capability, headed out and picked up the subject. It ended up he had had a bad bout of gastrointestinal trouble, leaving him weak, dehydrated, suffering fainting spells, and hypothermic.

Search manager Tim Fairbank said “We were disappointed not to send our crews in to the field. I had picked a team who had high level skills, but needed some experience on a task; this would have been ideal for them. But care of the subject is, of course, the first priority and there is no question that this fellow would have been better off taken to hospital sooner, rather than later.”

The next evening, at almost exactly the same time, the phones rang again. This time Parks Canada was requesting the services of CRSAR’s long-line helicopter team to pick up a hiker on the West Coast Trail, for the following morning. CRSAR has the only such team on Vancouver Island, and the subject had a badly broken ankle, and attempting to move her to a better pickup spot would have aggravated the injury and taken large resources. Therefore a helicopter long-line pickup was the most efficient and safest alternative. As per protocol dictated by Emergency Management B.C, a chopper and pilot were pulled from forest fire standby.
Early morning fog covered the coast and presented a limited working ceiling for the helicopter team. A break in the weather allowed our skilled pilot to insert a rescue team on the ground via a long line. The team successfully completed the evacuation, transporting the subject to a waiting ambulance in Port Renfrew. Just as they had taken off to refuel and return home, another call came into Parks headquarters from a campsite at the south end of the trail. A hiker was complaining of heart trouble. The symptoms were concerning, but not immediately life threatening. Evacuating the hiker was still the best plan, and with a helicopter so close, CRSAR’s team was the obvious choice for the job. After a few more phone calls, approval was in place and the pilot and team headed to the beach, where the subject, with assistance from Park staff, was able to climb aboard.

Summer is the busiest time of year for Search and Rescue in British Columbia. CRSAR is part of a provincial network of 80 groups, with 2500 volunteers. A typical year sees CRSAR called out around 40 times. 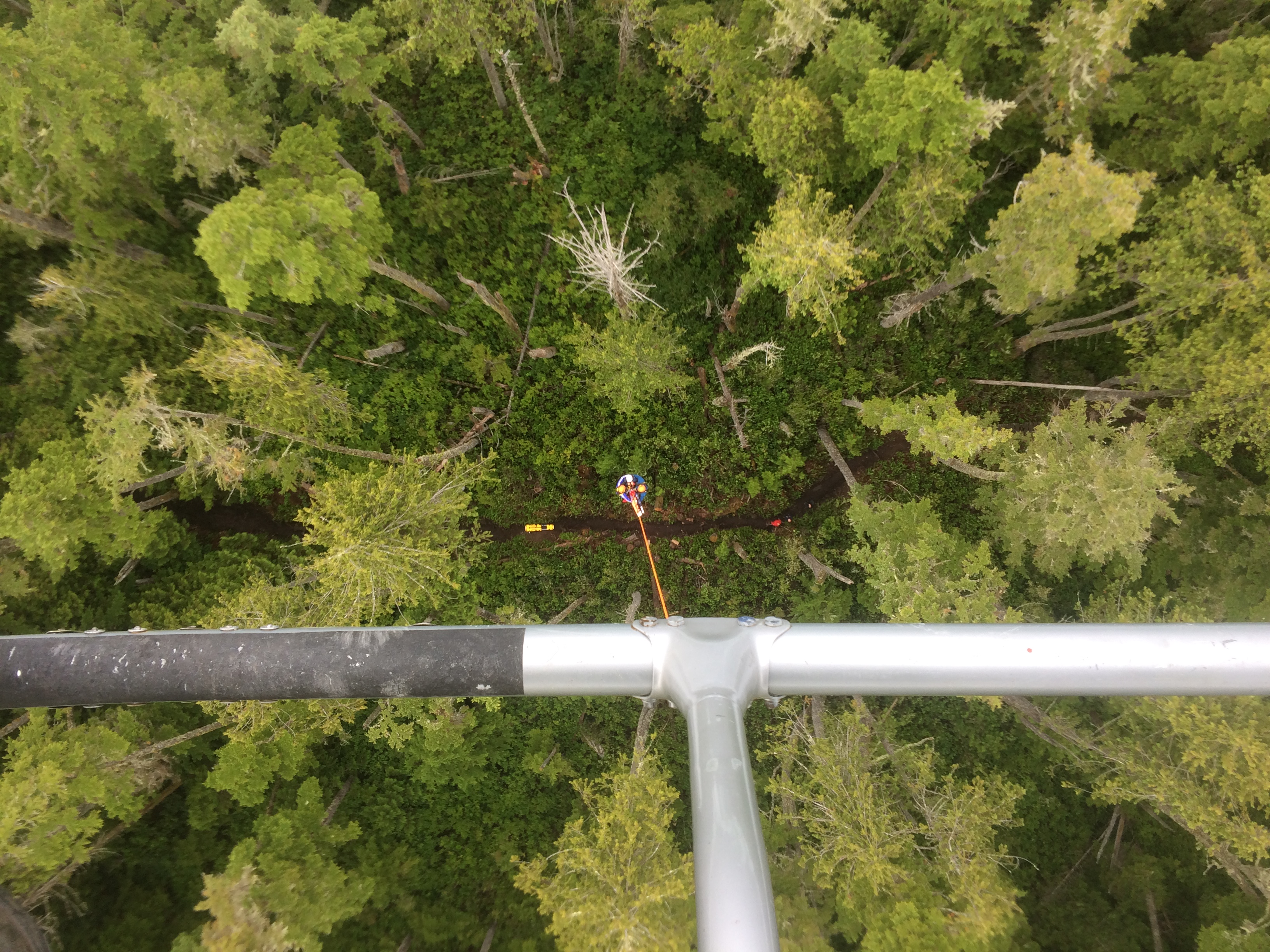