Early this year, Campbell River Search and Rescue (CRSAR) knew they were in for a busy weekend. Volunteers were requested for 4 different events:

On Saturday, CRSAR members were operating checkpoints along the route of the Kusam Klimb. This is an annual endurance event near Sayward, where over 500 participants hike a 23 km course up and over Mount H’Kusam, gaining 1482 metres of elevation in the process. (see http://kusamklimb.com for details)

The Campbell River Fraternal Order of Eagles organized a Poker Run for motorcycle enthusiasts on Sunday. CRSAR members assisted with traffic control and vehicle escorts. Bikers rode as far south as Fanny Bay and back in a fun fundraiser.

Emergency Preparedness authorities from both the Comox Valley and Strathcona Regional Districts combined forces with all local first responders for a large scale wildfire exercise in a Black Creek rural neighbourhood on Sunday. CRSAR members assisted with issuing evacuation notices to local residents.

And as if that was’t enough.

CRSAR rope rescue team members participated in an Island-wide training weekend at Sutton Pass outside Port Alberni. Rope Rescue protocols are currently being updated in B.C. so the Search and Rescue community has been very busy learning the new and much Improved skills.

But then the phones started ringing early Saturday evening. There had been an accident high up on Rugged Mountain, which looks over both towns of Woss and Tahsis. A woman from a party of 3 had taken a fall while negotiating a bergschrund, which is a deep crevice between a rock face and a snowfield. The patient had broken a leg, and was at risk from hypothermia. After quickly gathering gear, 6 members flew north in helicopters provided by the RCMP and a local contractor. They landed on the mountain with little time remaining before dark. One volunteer medical doctor rappelled into the bergschrund, while another first aider brought supplies while being lowered on a helicopter long-line. While the patient was successfully stabilized, daylight did not allow for a completion of the rescue. That meant a call to the Joint Rescue Co-ordination Center in Victoria, who dispatched 442 Squadron’s Cormorant, which has night flight capability. Around midnight, CCFB Comox Sartechs winched the patient, her daughter, and the doctor into the hovering craft, to then rush to hospital.

The remaining CRSAR volunteers then spent the night up at 5000 ft elevation, to be flown out early Sunday morning. 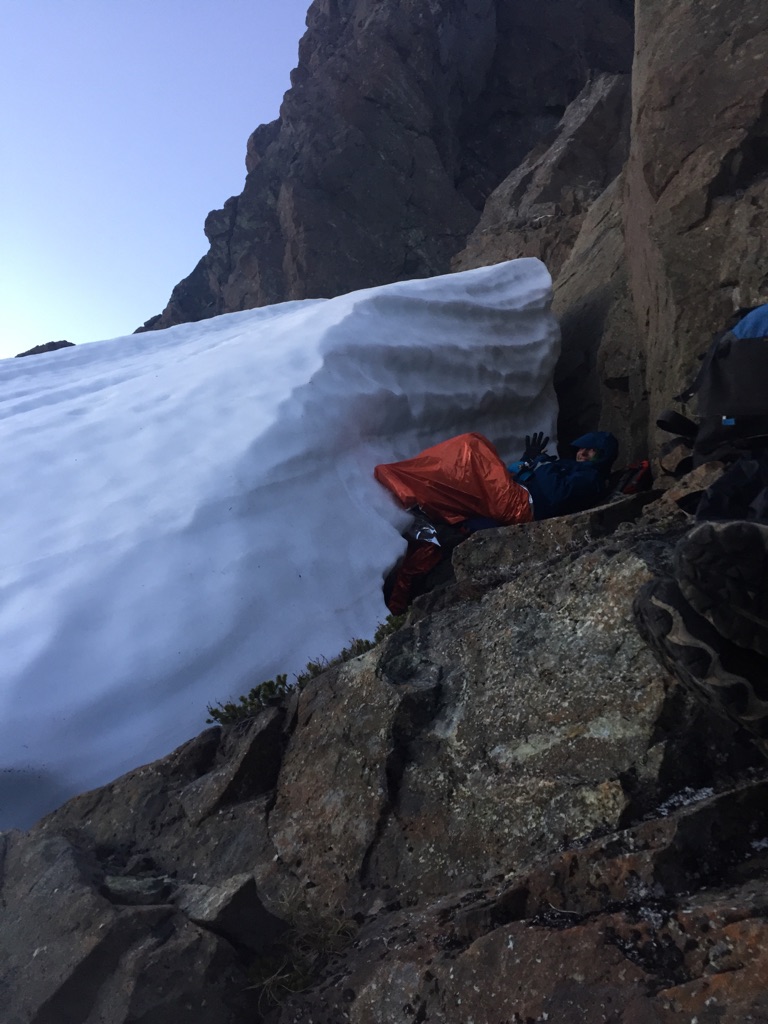 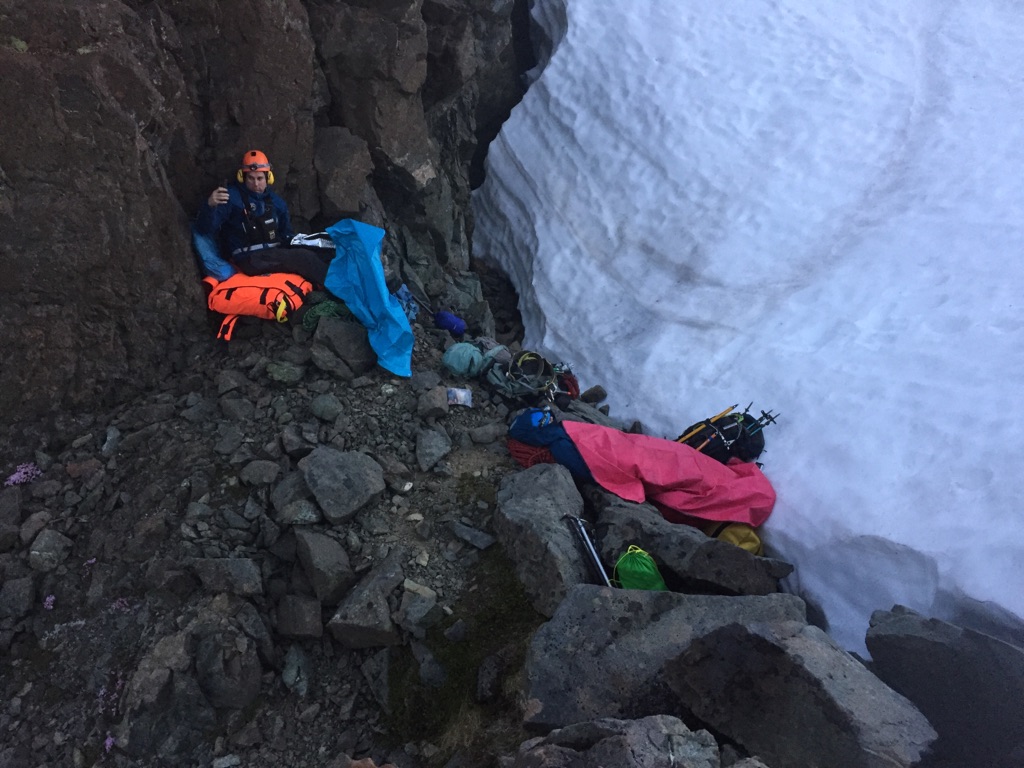 Members stay safe while waiting for a helicopter pickup