Campbell River Search and Rescue has had another busy weekend. On Saturday afternoon, Port Hardy RCMP received a call from the family of a woman, who had driven out to the west coast between Raft Cove and San Joseph Bay, to walk in to a surfer’s shack for a couple of days, but she had not returned when expected. It ends up that heavy rains had washed out the road in several places and the woman was stranded. On Sunday morning, battling heavy winds and rough flying conditions, two search & rescue members and an RCMP officer flew along the logging road to investigate. The woman was located safely at her vehicle, but she was completely unable to return to civilization without help, as the washouts would have been extremely hazardous, if not impossible, to walk across. The woman was picked up and flown to town, leaving the fate of her vehicle to insurance adjusters. The RCMP had been told from the forest operators that the road might never be repaired.

What came as a surprise at the idyllic west coast hideaway, was that three other men from Victoria were in the same predicament. While they knew about the washout, they did not realize the implications, and were planning on a couple more days of surfing. The search & rescue volunteers soon talked the men into being evacuated as well.

After a long day of flying around the Island’s mountains and shoreline, the volunteers had only just returned home for a few minutes, when the next call came in. The B.C. Ambulance service had requested their assistance in extracting a woman in the Beaver Lodge area with a broken leg after an ATV accident.

Search manager Tim Fairbank said, “In the end, city fire crews and ambulance staff had things pretty well under control, but our people still headed out to see if they could help. This day was a good example of the variety of calls we respond to. We might be asked to search in town for a missing person one day, and the next, fly up to a Coast Range mountain top to pick up an injured climber. Our territory is huge.”

“In June of this year, we received only four calls. Now we are up to forty to date, which is above average, so summer and fall were incredibly busy.”

One of our searchers who was on scene, reported the first incident as follows: “There were several landslides blocking the road to the site today. The attached photos show the slide that stopped the subject at the 8km marker. You can see her vehicle in the aerial photo below. The second aerial photo shows another slide very near the cabin where the bridge has been pushed off the road and is lying 30 feet downstream. The third photo is of the cabin on the beach. 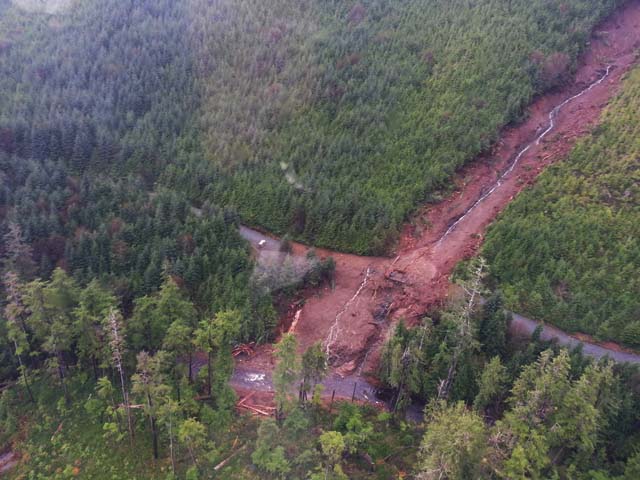 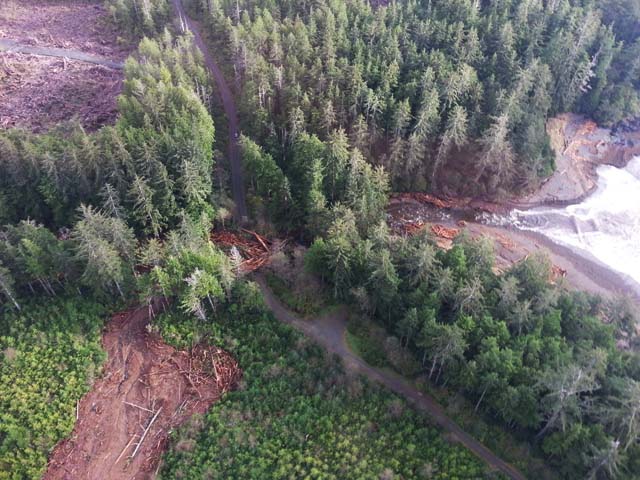 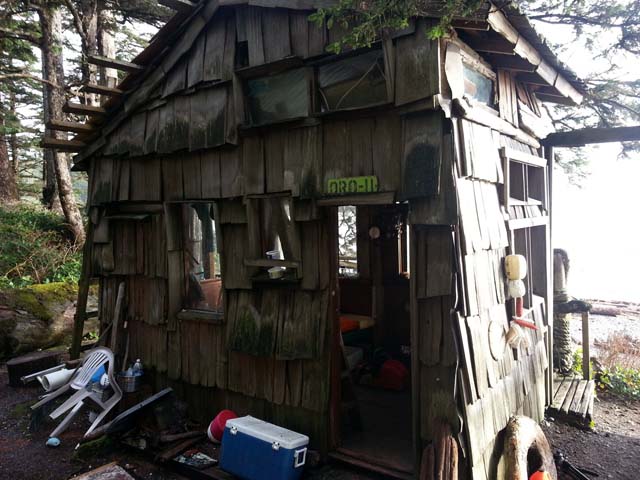 “We also evacuated three men from Victoria who were at the cabin. They had a truck but also couldn’t leave due to the road, and the slides were too soft to walk on. The initial estimate is five million dollars to fix the road. The vehicles will stay until the road is repaired. However, RCMP told the men that they might never get their vehicles back, as it seems unlikely the road will ever be repaired.”