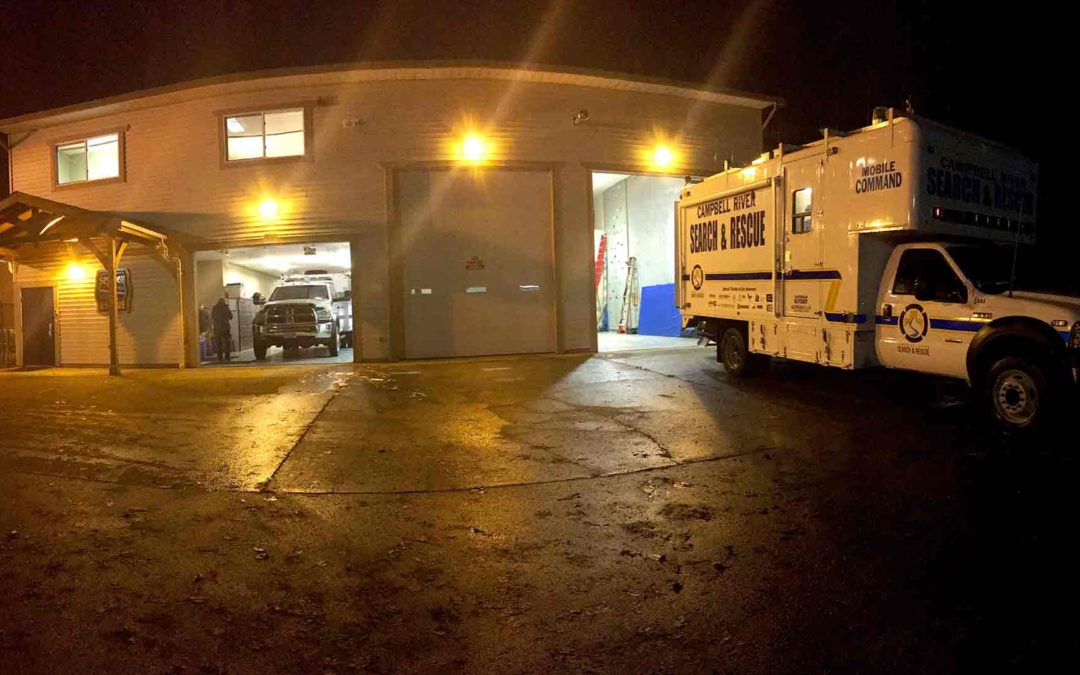 Campbell River Search and Rescue (CRSAR), with the support of North Island Communications, (NIComm) has been on an aggressive campaign to improve its communication networks. In years gone by, if Search and Rescue crews were on their way up Island to Port Alice, or Cape Scott Park, for instance, vehicles and personnel used to be completely out of touch with Management in Campbell River, unless they called in from Sayward, Woss or Port MacNeill. Sometimes, SAR members would drive all the way to Port Hardy without even knowing that they were no longer needed, wasting time and resources. “Sending members up Island to go search for a missing person used to feel like sending them into a black hole” says 31-year CRSAR member Steve Siezputowski. “Even though 2 vehicles might be in touch, just down the road from each other, we wouldn’t be able to talk to them unless they stopped at a payphone or, in later years, drove to an area with cell phone reception”

Conventional “simplex” two-way radio channels only work in close range; generally not much further than ‘line of sight’. A radio repeater, positioned on a suitable mountain top, can link two radios that are many kilometers apart, or have a mountain in between them. With NIComm’s existing repeater towers and volunteer labour, CRSAR now has a network of five repeaters that cover almost all of the North Island highway corridors as well as vast areas of logging roads and alpine terrain.

In addition to mobile VHF radio communications, remote crews are now fully backed up with satellite-based communication. Even though satellite telephones have been in use for several years, they have their frustrations with dropped calls and long waits for reception. CRSAR has invested in several handheld text-based units that provide a reliable two-way backup for checking in with crews. Finally, an internet-based vehicle-locating service was added, leaving little opportunity for communication problems.

Campbell River Search and Rescue would like to thank Dave Emery and North Island Communications for all their support assembling these remarkable improvements.